In this episode, I had a conversation with Quinsy Gario about Dutch politics. We discussed the structure of Dutch politics, its majority and minority political parties, the obstacles for the communities and the minorities to voice their opinion, the ever-growing centralization of power, and some recent examples to follow these topics.

Quinsy also discussed the colonial history of The Netherlands, who is Dutch, “The New Dutch” population origins, and much more.

In the end, we talked about Bij1, which is a new political party in The Netherlands that is fighting for minority rights and empowering people who are underrepresented.

About our guest Quinsy Gario:

Quinsy Gario is a performance-poet and artist from Curaçao and St. Maarten, two islands in the Caribbean that share continued occupation and colonization by the Netherlands. His work centers on decolonial remembering and unsettling institutional and interpersonal normalizations of colonial practices. Gario’s most well-known work is Zwarte Piet Is Racisme (2011–2012). As a member of the collective Family Connection established in 2005 by Glenda Martinus and Gala Martinus, respectively his mother and aunt, his current research is about attempting to institute otherwise.

He is a Utrecht University media studies, gender studies and postcolonial studies alumnus and a graduate of the Master Artistic Research program of the Royal Academy of Art The Hague. He is a 2017 Humanity in Action Detroit Fellow, 2017/2018 BAK Fellow, 2019/2020 APASS participant and a 2020/2021 Sandberg Institute Critical Studies Fellow. Gario received among others the Royal Academy Master Thesis Prize 2017, the Black Excellence Award 2016, the Amsterdam Fringe Festival Silver Award 2015, The Kerwin Award 2014 and the Hollandse Nieuwe 12 Theatermakers Prize 2011. His work has been shown in among other places Van Abbemuseum (Eindhoven), MACBA (Barcelona), Latvian National Museum of Art (Riga), Stedelijk Museum (Amsterdam), MHKA (Antwerp), TENT (Rotterdam) and Göteborgs Konsthall (Gothenburg). Gario also ran for Dutch parliament as a candidate for the political party BIJ1 in the 2021 national elections.

Open Source Governance aims to design a blueprint with which a group can collectively and inclusively form questions and find answers that can help organize their community. The project is an interdisciplinary research and social design process that uses debates, workshops, case studies, publications, and other mediums to empower groups to find possible ways of self-governing. This is done by investigating the wisdom of the crowd. At the core of the idea lies the notion of governmentality. The concept departs from the disappointment with the representative systems in inclusively and fairly organizing societies, and observation of available tools (namely open-source programming) that can replace or challenge the current systems in place.

The podcast is available to listen to on several platforms, including the website of the project:

Dances and Dames by Kevin MacLeod 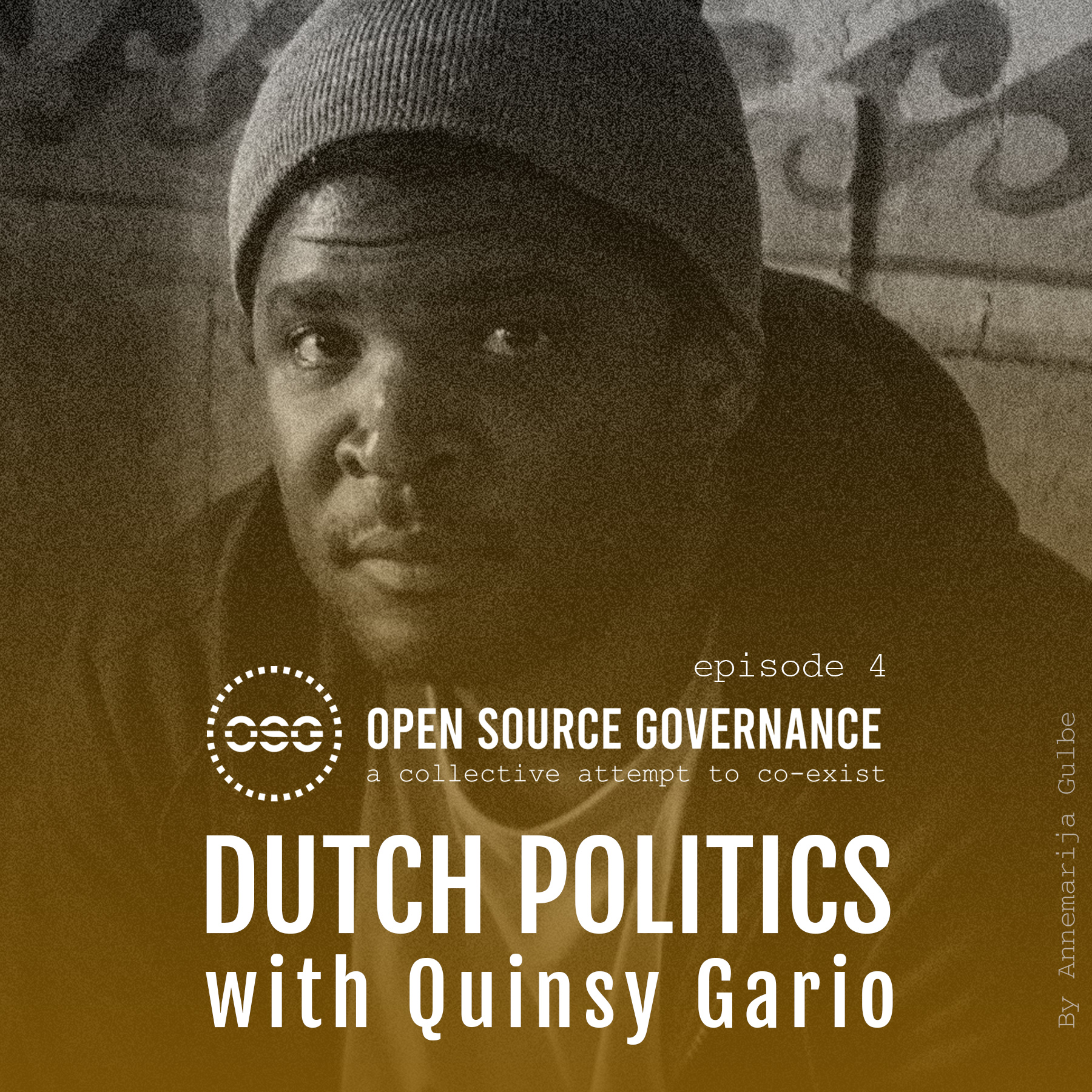 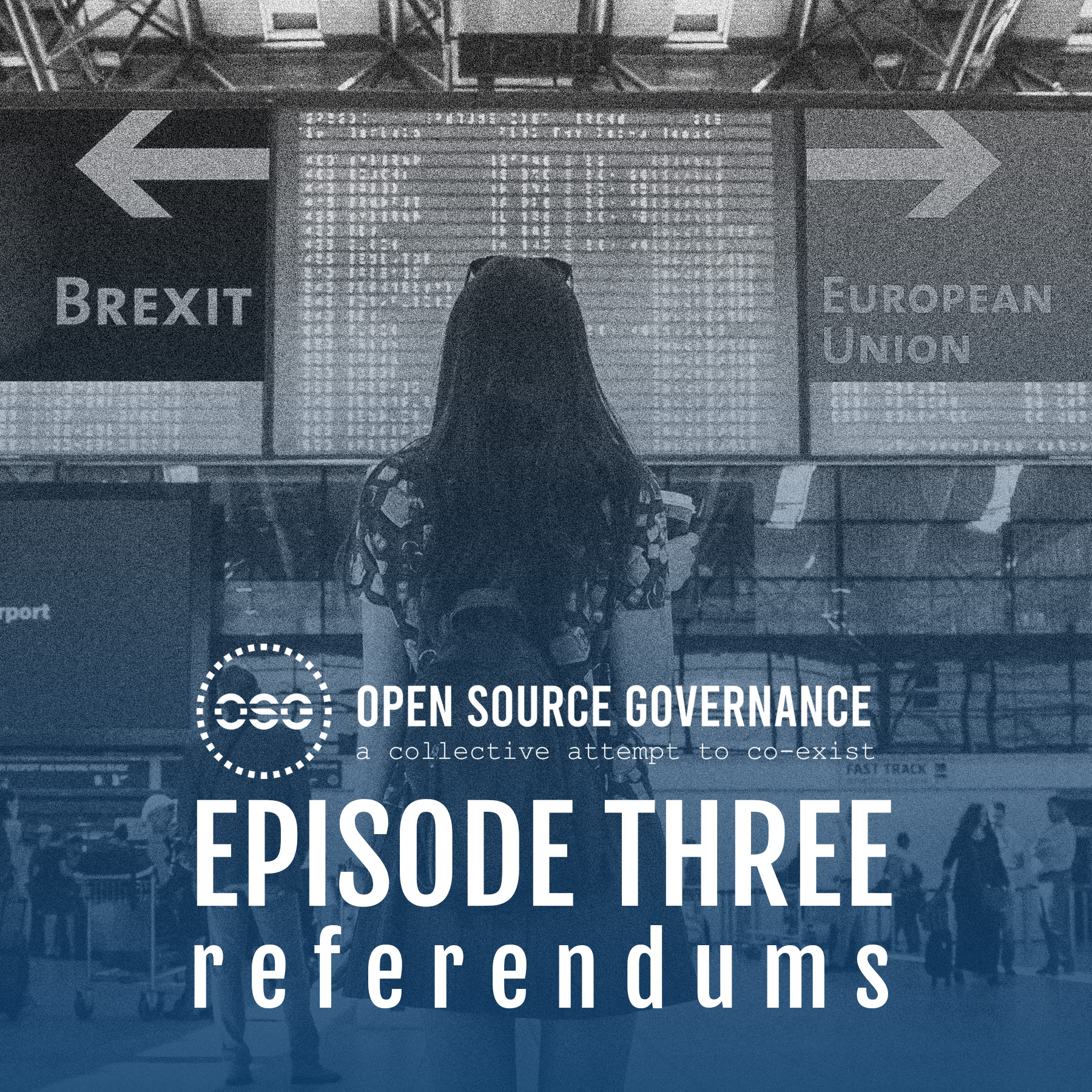 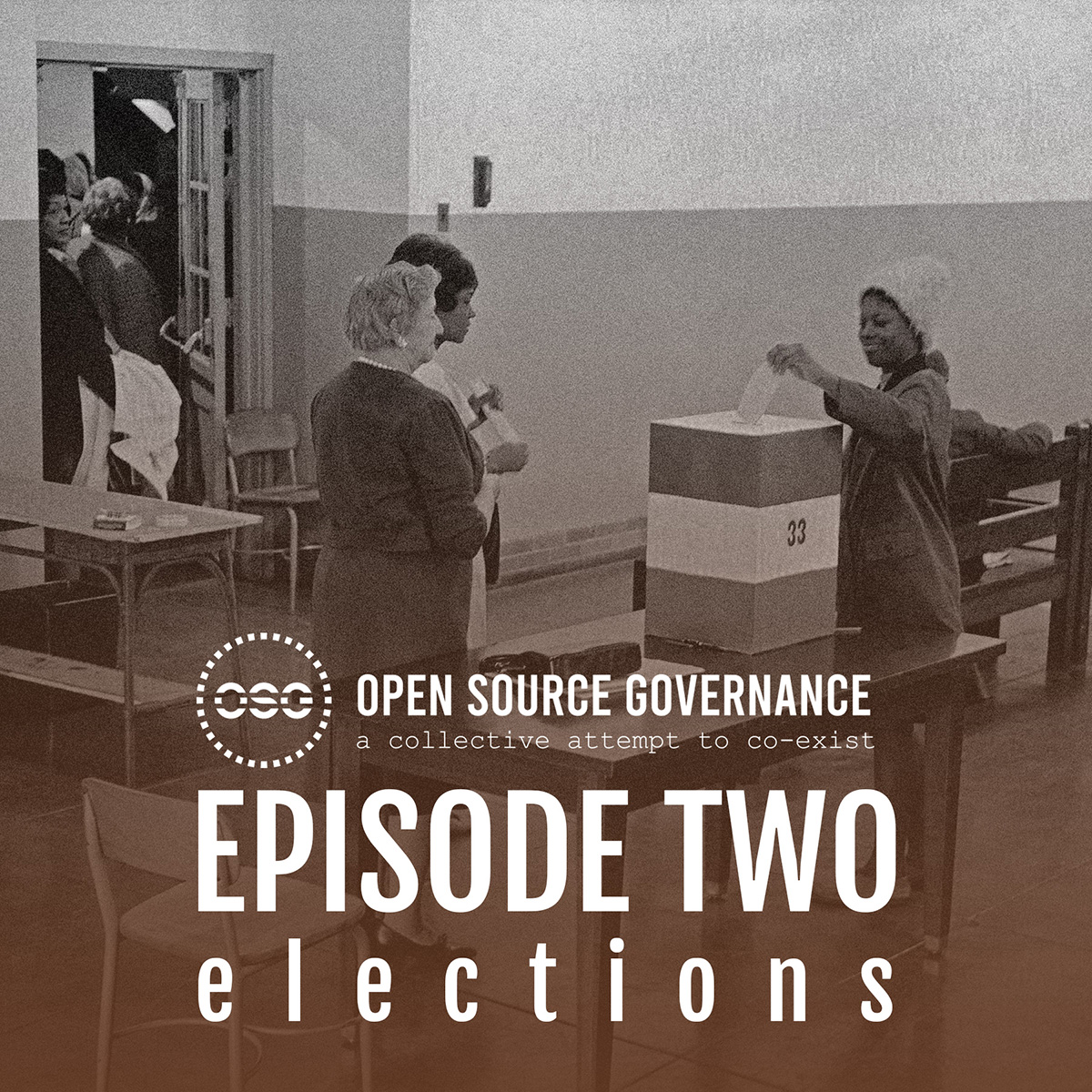 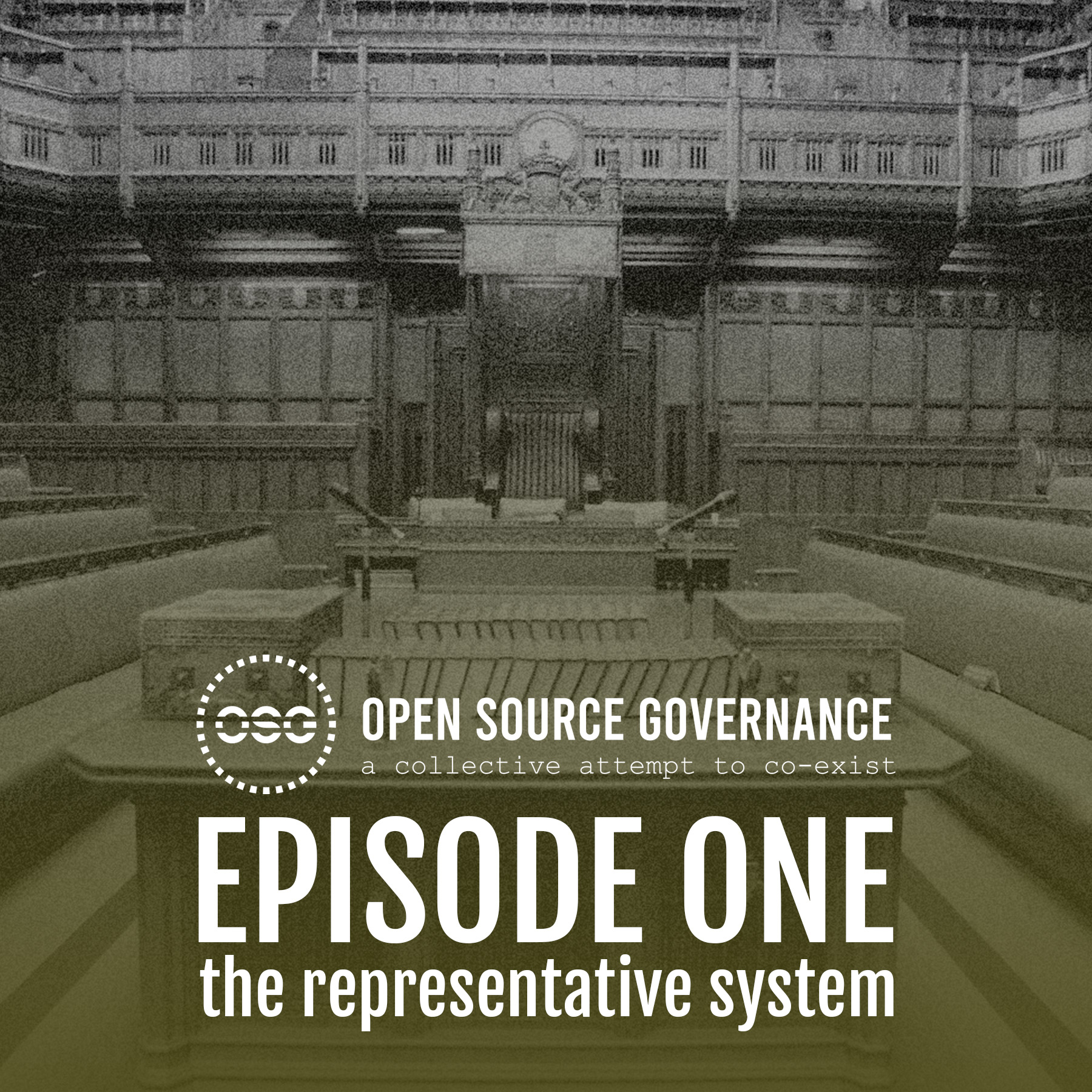 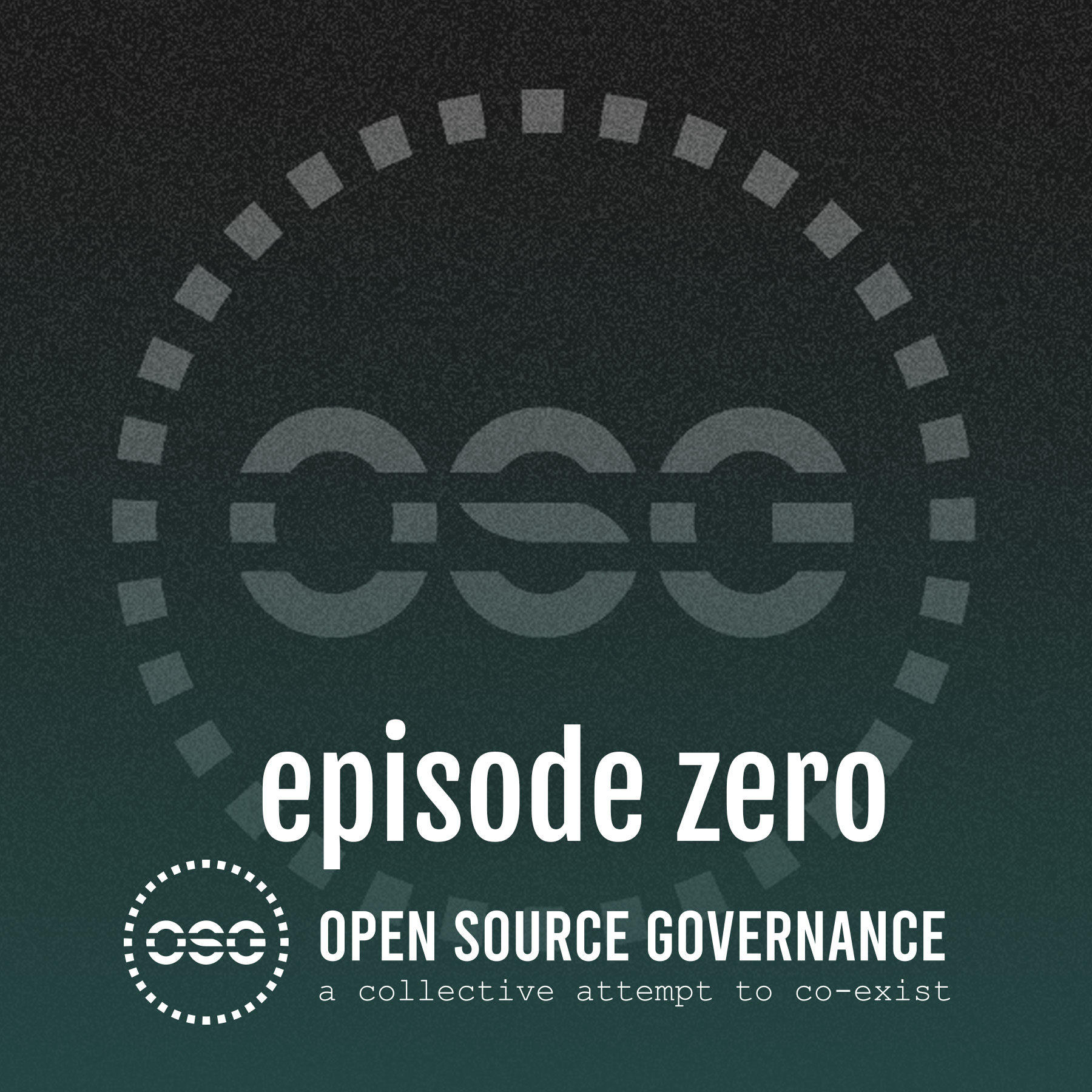