When we talk about Lobbyism and Pirate Parties, we mean the transparent form of lobbyism as currently what we are experiencing is a corrupt form of lobbyism where the Ministers, CEOs and all other well-off people have more say in politics.

For instance, when examining ‘Same-Sex Marriage and Gay Rights’, the gay CEO of a company can bribe a politician and ask them to favor gay rights. On the other hand, if a second class gay citizen requests the same thing, the politician is more likely to listen to the CEO.

An example has been given that in the Netherlands there is an association called VOB, where you as a civilian can demand to learn about the meetings of the ministers and the timing of the meetings. For example you can see that the minister of finance had sixteen talks with the CEO of Shell. But you cannot see the content. This will have no real transparency and rather adds up to more speculations.

WIKILEAKS and Panama Papers expose the diplomats and mention their names openly, creating various controversies. This can be dangerous at times and brings forth the issue of privacy infringement, however pirate parties believe that this creates a sense of accountability and diplomats would not do inappropriate things due to the fear of being insulted in public. To be on the safer side, one can suggest to sensor the names and other personal information should be during such disclosures. But the whole issue is there because of the way the things function at the moment.

There is no transparency and no regulation in the current system. To make matters worse, the governments are not ready to accept variations. Open Source Government intends to maintain transparency by crowdsourcing, designing a clear blueprint, invoking interest by using the modern notions and presenting it smartly, so that people willingly engage in the government.

How to implement legislation?

As discussed in the previous sessions, the law can be implemented in the following ways.

Trust of citizens in the law (sovereignty) and trust in the government is one of the main issues which comes back to our discussion.

An uncertain suggestion for implementing the law was the Reward System. This system would be based on the participation of citizens. An example of this is the citizen pointing system in China, where citizens get points or credits and if they do not have enough points, it results in a list of disadvantages. Alibaba for instance uses Sesame Credits for it users depending on their online activity and trustworthiness. Wikipedia, for another instance, has a standard, failing to which the user cannot add or edit the information available on their site. You need to contribute enough to be able to add or edit information regarding an important subject.

Reward system would also work like this, except that it would reward not through points or money but by providing services. If a person does not participate in legislation (for whatever reasons), they will not be deprived of the services. There will be a basic point system for everyone, considering the old, sick and needy ones.

Setting up a standard

Not everyone from the society who is part of the government has the best intentions and when we involve everyone in legislation and execution, we need to have a standard. For increased reliability, we will establish a higher weightage for people with a political know-how, doctors, teachers, engineers, bureaucrats, PhDs and other experts. Natives will be preferred over outsiders. Minorities will be prior to others in decisions regarding minority issues. Or it could be that people get paid to educate themselves before they engage with the decision making process.

There can be no ministers, only CEOs which will be selected by the board members and the board members will be regular citizens plus experts. No parliamentary system, only people working independently. The meaning of money and free market will then be different. “But is this not what communism is?” one member remarked. Also for the reward system to work, it has to be universal. Say, for example, someone goes from Holland to China, all they would have are points and no money, so it has to be globalized. And that is not easy to do.

Ever since the evolution of mankind, more and more branches were added to the government and matters were only complicated, but open source intends to simplify things. They will simplify things via the use of current notions, everything complex is for the experts to take care of. The open source constitution, for example, will be presented in a way that is comprehensible for a common man. All the complexities would be automated by the web developers. 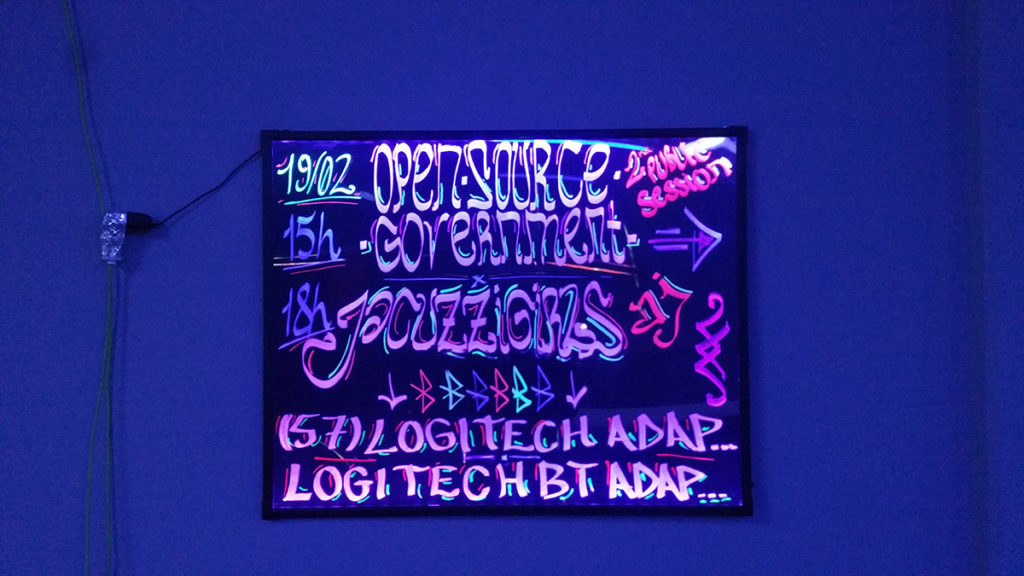 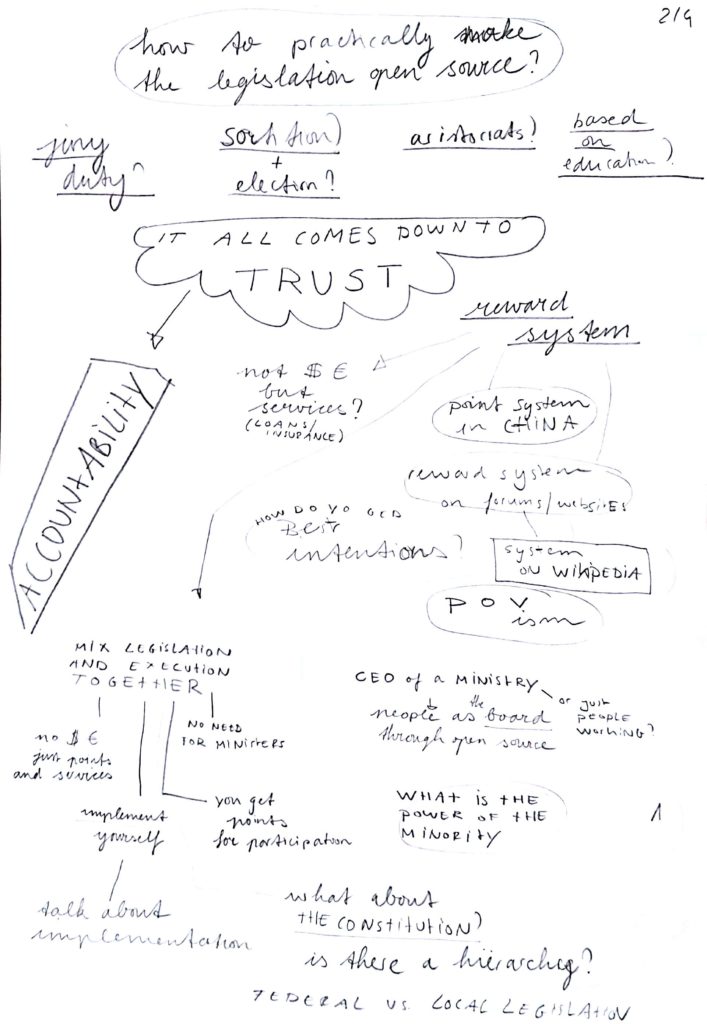 some of the notes taken 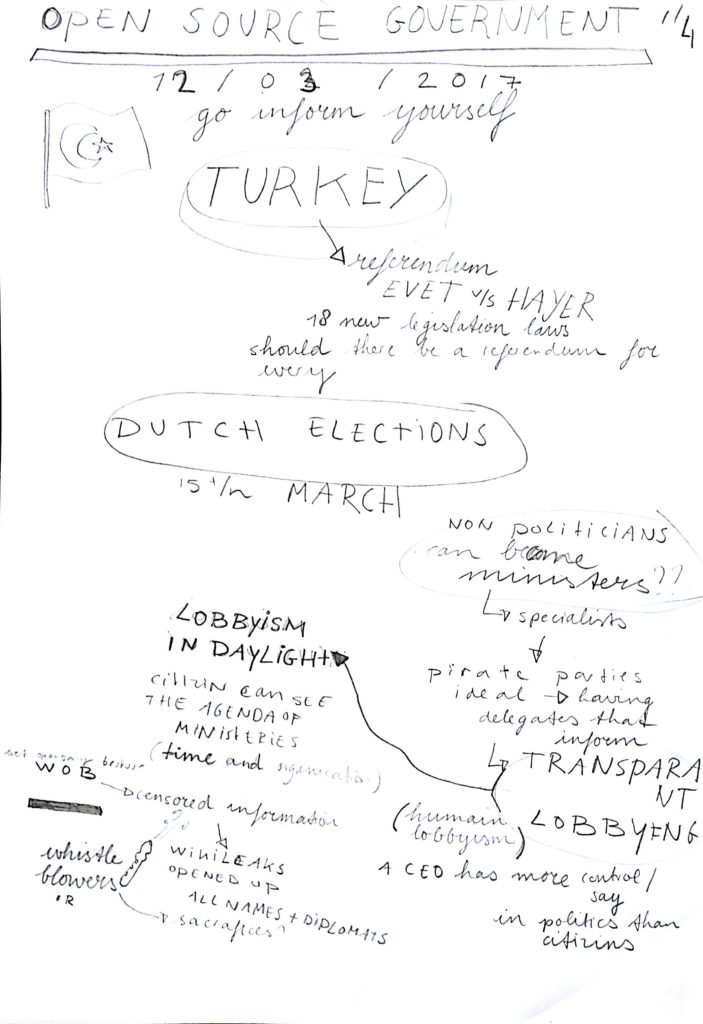