The final result of this project is a junior version of the OSG blueprint design. The blueprint here refers to the structure of a methodology that can be used as the infrastructure for an open-sourced legislation logic. By the end of this phase of the project (by September 2022), the design is improved and tested on many levels. The blueprint will then be used in a mobile app for decision making. The design process is coordinated by the initiator with the help of the core group, and the experts contributing to the project. The research is based on the findings from the activities of the project including workshops, discussions, and urban interventions as well as the results of collaborations with our partners. In another sense, the audience contributes to the design by interacting with the process. The audience is made aware of their contribution to the design.

Preferably, the blueprint will be used as a completely autonomous tool of self-governing, and Open Source Governance will turn into an organization for decision-making. As an alternative, the could be offered to a municipality, a political party that is invested in the inclusivity of their constituents, a governmental ministry, or an educational institution. The second version of the blueprint and the mobile app will be then released after the third phase of the project is finished. That is in 2024.

At the moment, the project has designed a very general  organization chart of an open source Government that works completely via the inputs from its members: 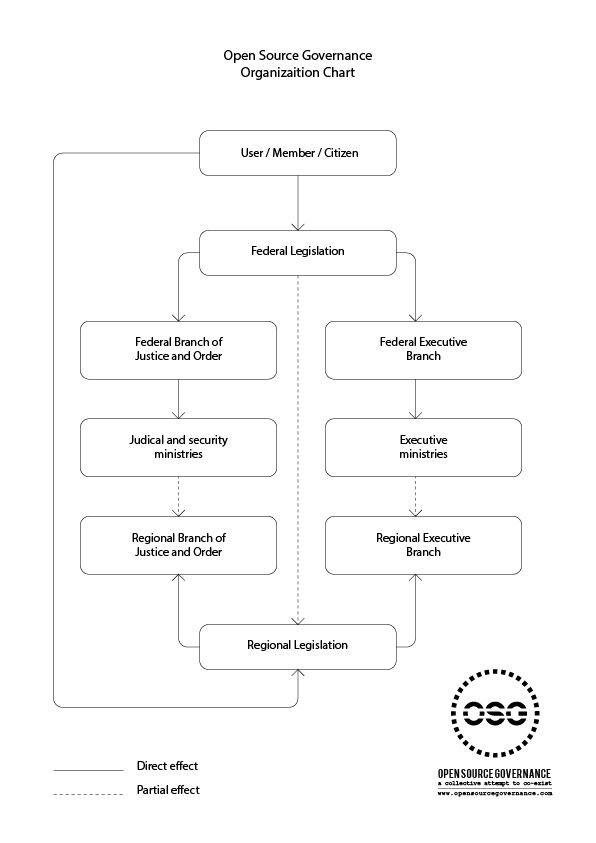